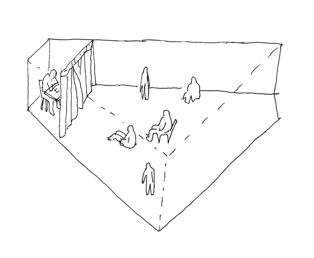 Is virtual reality part of reality?

In my lecture I will examine the extent to which imagination contributes to our perception of reality. I will test out the relationship between imagination and perception according to the ontology of virtual reality, which Australian philosopher David Chalmers calls a genuine form of perceivable albeit digital reality.

Gabriel studied philosophy, classical philology, modern German literature and German studies in Hagen, Bonn, and Heidelberg, where he received his PhD in 2005 on Schelling’s late philosophy under advisor Jens Halfwassen. He was a guest researcher at the University of Lisbon in 2005, and interim member of the academic senate in Heidelberg from 2006-2008. He completed his postdoctoral qualitification on skepticism and idealism in Heidelberg in 2008. From 2008-09 he was assistant professor at the Department of Philosophy of the New School for Social Research in New York City. Since July 2009, Gabriel teaches theory of knowledge and philosophy of the modern age at the University of Bonn.